EST ENG RUS
The Räpina municipality is situated in the north-eastern part of Põlva County. The border of the 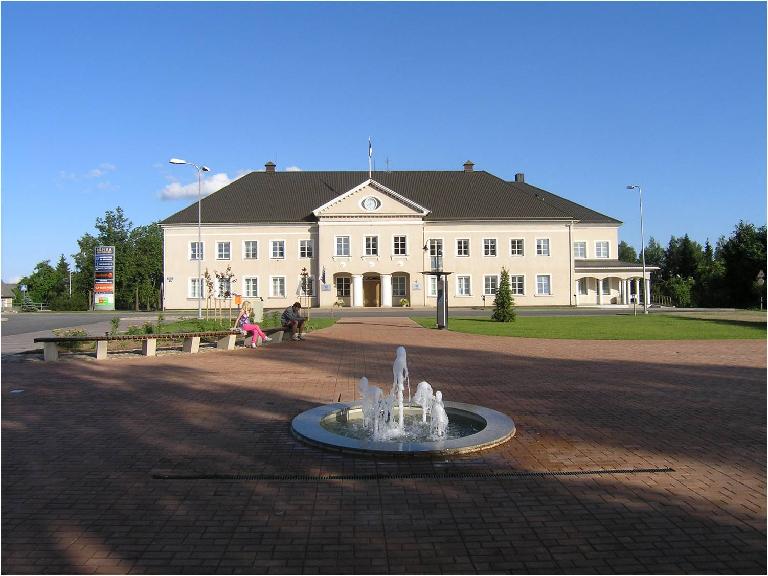 municipality in Lake Lämmijärv also marks the eastern border of the European Union. The picturesque Võhandu River crosses the municipality.
People were attracted to the region of Räpina by the Tartu-Pihkva trade route and Võhandu already in ancient times.
Räpina is an ancient archaeological site and an old-
established commune, of which the date of establishment is unknown. What is known, however, is that in 1582 Räpina was one of the ten commercial circles of Tartu senior region. It is thought that the commercial circles were renamed as parishes. The same year marks the first documented mentioning of most of the villages of the Räpina parish. In 1636 Räpina is first mentioned as a parochial centre by an order of the Swedish Royal Consistory Court. After World War II until 1961 Räpina was a district centre. By a decision of the Riigikogu, Räpina was named a self-governing town in 1995. In 2002,  the town and parish of Räpina were joined, forming the present local government area called the Räpina municipality.
Today, the Räpina municipality is home to almost 6520 residents. The area of the Räpina municipality is 266 km², including the town of Räpina with an area of about 3.7 km².
Agricultural land forms 43% of the total area of the municipality, forest land 42%. Land covered by swamps, water bodies and thickets occupies 15% of the total area of the municipality. The natural environment of Räpina municipality is beautiful and varied, mostly owing to its forests and the Võhandu River with its valleys embellished by sand denudations. For the general public, the key sites of Räpina are Sillapää Manor, Paper Factory and Räpina Gardening School. Nearby Räpina, the garden city-like municipality centre, there are many recreation and leisure areas, natural green areas and parks planned in order to promote outdoor events and a healthy lifestyle, and to help people stay in contact with nature.